The end of civilization — societal collapse — is a scary concept. But, what is the lifestyle we call “civilization” and is it worth preserving? The answers are important for moving from our dysfunctional status quo to a future of thriving on one planet’s worth of resources — one planet thriving. Increased resilience during the transition so that we can build that future is critical. Building relationships and community are two social technologies necessary for one planet thriving. Is civilization itself a solution or part of the problem?

“The problems are not new. This culture has been killing the planet for 6000 to 10000 years…Forests precede us and deserts dog our heels.” – Derrick Jensen, “Is the World a Better Place Because You Were Born?“

The culture Derrick Jensen is speaking of is civilization. In this interview,  Jensen, author of Deep Green Resistance and many other books, defines civilization as

“a culture—that is, a complex of stories, institutions, and artifacts—that both leads to and emerges from the growth of cities (civilization, see civil : from civis, meaning citizen, from Latin civitatis, meaning city-state).”

His definition of cities:

“so as to distinguish them from camps, villages, and so on—as people living more or less permanently in one place in densities high enough to require the routine importation of food and other necessities of life.”

Is civilization sustainable? Implicit in these definitions is the answer to the question. The answer is no.

It may sound strange to think about an alternative to civilization since we tend to associate civilization with progress, health, sophistication, and many other good things. Some argue that civilization, itself, as a way of organizing people, is unethical in addition to being unsustainable (see this article for why our current civilization is the largest, most unethical failure in human history). The following patterns emerge from civilizations:

When you think of the plains and hillsides of Iraq, is the first thing that you think of normally cedar forests so thick that sunlight never touches the ground? That’s how they were.

The first written myth of this culture is Gilgamesh going in and deforesting those hills to make cities. When you think of the Arabian peninsula, is the first thing that you think of oak savannah? That’s what it used to be. Let’s move a little bit west, and you get the cedars of Lebanon. They still have one on their flag. Greece was heavily forested. Plato commented on how deforestation was destroying the water quality in Greece. And I’m sure that those in power said, Well, we need to study it a little bit longer first, to make sure there’s a connection. Italy was heavily forested, North Africa was heavily forested. The forests of North Africa went down to make the Egyptian and Phoenician navies.

Because of issues like these, organizations, like Deep Green Resistance, are interested in building alternatives to civilization, capitalism, and patriarchy as a necessary condition for a just and sustainable world.

That said, the only ways of living that have ever been sustainable have been those that have been local and that have emerged from the land where they live. In other words, a social structure that might serve a people well in the deserts of what is now Arizona might not serve people well in the temperate rain forests of the Pacific Northwest. Here, life revolved around salmon. There are no salmon in the deserts of the Southwest. So what we want is for 10,000 cultures to emerge from their own landbases.

Carrying capacity of the planet and population:

How Long Do Civilizations Last?

This is an interesting article on how long civilizations last. This author has some inaccuracies (which have been corrected in the data below), but we owe him a debt of gratitude for assembling the data on 68 ancient civilizations that existed all over the world between 3000 BC and 0 BC. By the way, there’s a fun mathematical equation published by J. Richard Gott III that some claim can make predictions about the duration of any event (this method predicts about 760 years more for human existence). But, here we take an empirical approach and start with summary statistics. 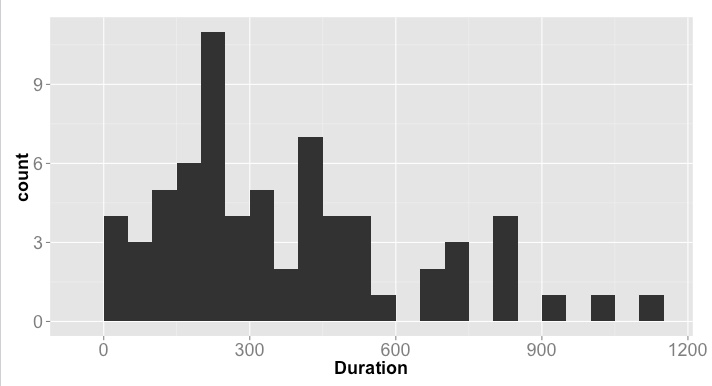 And now the data with no comments about nuance or complications here (but with corrected duration calculations):