3 systems can be used solo or in conjunction with one another: (1) Generator and/or (2) Solar and/or (3) Marine battery with car charging it in emergency.

See parent article on prepping  priorities. Note that backup power is related to communication (a large priority because you’ll want to find your family in an emergency, learn what is going on, and call for help if needed). 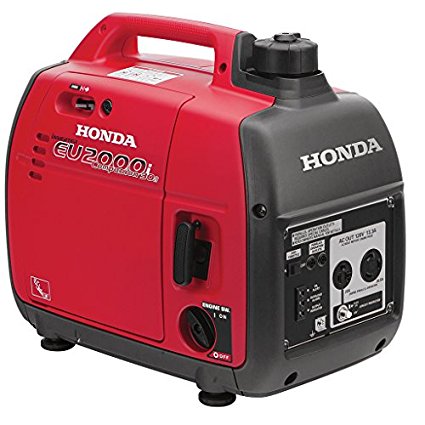 Cost is about $1000 for generator and $200 for trifuel conversion so it can run on gasoline, natural gas, and propane. Ideal setup would include a natural gas line to feed the generator such as used to fuel an outdoor natural gas BBQ. Another additional possibility is using biogas to power the generator (see the biogas section of this post). Make sure you store the generator correctly (see this article). Due to expense, this is not part of our system and thus not covered in detail (although there are detailed notes from other sources below). Plus, you can use your car as a generator (see below) and your car already stores gasoline safely.

Some people talk about storing gasoline in various quantities. There’s a reason we use gasoline so ubiquitously – it packs a lot of BTUs in a small volume. Obviously it’s explosive. It also has a limited shelf life even with additives designed to extend the storability of gasoline. In addition to storing gasoline, or instead of storing gasoline permanently, some people have jerry cans or gas cans on hand and try to fill them proactively, e.g., if there’s a hurricane warning, fill the gas cans. There’s also the possibility of making your own ethanol to extend your own gasoline.

Obviously solar systems can be sized to power everything from a light to a backup battery (below) to most of our electrical needs. Most systems in the city are tied directly to the grid. No reason you can’t charge your batteries as a backup at the same time. This option gets little detail here because it will likely involve hiring a professional though smaller systems would not require this and may be covered at a later date. The Battery Backup System below can be modified to it is charged via solar, by adding a solar charge controller inside the box or

Note about above picture: Steve Harris has excellent material on all of this, including DVDs and radio shows. The Battery Backup System consists of all pictured here. A Schumacher Proseries 30 amp charger (far left) is plugged into a surge suppressor (off screen to the left) and then alligator clipped to a 75-amp hour Vmaxtanks AMG Deep Cycle Marine Battery (or here). The charger is on 24/7 keeping the marine battery charged up at all times. Located in front of the charger are Instructions for the Battery Backup System along with a spreadsheet showing power requirements for various lights, chargers, etc. Attached to the battery is a single DC socket. Its red and black wires end in eyelets and are secured to the AMG battery with wingnuts. One DC socket extender is plugged into the DC socket. Plugged into the socket extender is a DC voltmeter, a USB charger (with 2 x 2.1 amp USB sockets, each hosting an iphone cable), and a Whistler 400 Watt inverter (immediately to the right of the AMG battery and sitting on a wood block to maximize air flow). An AC socket extender is plugged into the inverter with a 2 watt LED light plugged into that (this and the voltmeter give a constant and easy visual for the functioning of the system). The inverter also has 2 USB ports and one iphone charger is plugged in. To the right of the inverter is a smart AA and AAA battery charger plugged into the AC surge suppressor (but this would be plugged into the inverter in a power outage). Tupperware full of batteries is to the right. Baofeng UV-5RE is in the foreground (right) sitting in its charging cradle with USB-style power cord and programming cable (see post on Communications systems). All of this is portable so can be put in a vehicle and used on the road (see below for examples of using these and other items built into a toolbox with or without wheels to improve portability).

Deep cycle battery backup system. This can be charged from the car with an inverter connected to the car battery and an extension cord running to the house. Ideally, you would have a solar PV system on your home (or portable panels) and charge the battery from the solar array. In that case, you are pretty well set. Cost: About $600 (not including solar PV system).

Note: the Battery backup system and using the car to power your house are both covered well by Steven Harris whose work inspired these solutions (more detailed notes here).

2 thoughts on “Keep the Lights On: Emergency Backup Power”