For years now, I have used mindfulness with patients, in my personal life, and as a scientist, conducting randomized controlled trials funded by the NIH (e.g., MacCoon, et al., 2012). In fact, my interest in mindfulness led to my graduate studies and subsequent Ph.D. in Clinical Psychology with a focus on the role of attention in emotion regulation.

Mindfulness has been defined as the process of “paying attention, on purpose, to what is happening right now without judgement” (Kabat-Zinn, 1990).  Pretty easy to say. Can be hard to do.

This leads to two questions: (1) Why is mindfulness important to my well-being? and (2) How do we mess it up?

Why is mindfulness important to my well-being?

There is a good deal of empirical evidence that mindfulness — and Mindfulness-Based Stress Reduction or Mindfulness-Based Cognitive Therapy, in particular — is helpful for a variety of forms of suffering, including chronic pain, anxiety, depression, and substance use (see, for example, Barnhofer et al., 2007; Davidson et al., 2003; Gregg, Callaghan, Hayes, & Glenn-Lawson, 2007; Kabat- Zinn et al., 1998; Ma & Teasdale, 2004; Pradhan et al., 2007; Speca, Carlson, Goodey, & Angen, 2000). We should note, in passing, that MBSR is like every other effective psychological intervention studied — it is as helpful as any other treatment that includes the factors common to all healing therapy (MacCoon, et al., 2012). The main point here is simply that you will be helped by a treatment that makes sense to you and is of interest to you, and find a provider who represents a good fit.

Theoretically, it makes sense that mindfulness would be helpful if we think of mindfulness as a form of attention and emotion training integral to self-regulation, a perspective articulated in a model I’ve published in which mindfulness is conceived of as “context-appropriate balanced attention” (CABA, MacCoon, Wallace, & Newman, 2004). The model is illustrated with anxiety, depresssion, and psychopaths. The premise is that the best any human can do in a given situation is to base their behavior on as much data as possible, including body sensations, emotions, and thoughts. In the long run, and on average, this strategy will lead to less suffering because our behavior will be as congruent with reality as possible.

How do we mess it up? 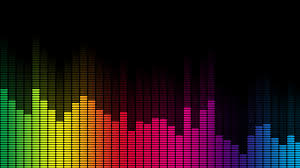 We can imagine an internal landscape of neural networks like a stereo equalizer (see picture, left), with each bar representing a thought, emotion, body sensation, or habit.  In any given context, our brain automatically activates the networks that are most relevant for that context given our genes and learning history. Since every situation is different in some way from every situation that has ever occurred, our brain activates multiple networks at different strengths. When we are on autopilot, it is likely we will behave according to the most activated network. This is a real blessing to behave according to those automatic habits without much thought and often those automatic habits are fairly good for a given situation. In this way, we drive without thinking about it. Even when the automatic habit is wrong or innacurate, there are certainly situations, like when we maty be in physical danger, that it makes sense to jump from the snake and discover it is a stick later.

Dealing with and Accepting Reality

However, for most situations, it is likely that for a small cost in increased time, we can pause and survey all of the available networks and act more appropriately when we do so — it is simply accepting reality in as much detail as we are capable of. Put slightly differently, we should always be aware our habits (our internalized rules) but not trapped by them because we simultaneously recognize that habits formed based on previous experience are never going to be exactly right for this particular moment because this moment has never occurrred before (see this poem for more). This is mindfulness: pausing, surveying, and accepting what we see. Thus, whereas in the presence of a snake, the appropriate balance of attention is on the most activated network (run away, it’s a snake), most of the time, the appropriate balance is to focus on all of the available networks or data. It is easy to mess this up because in our culture we are typically not trained to do this pausing; instead, we value speed and focus on “important” work or “productivity.” Even if we want to change our reality, accepting the current reality is the best foundation for changing it: if you want to solve a problem, you have to know what it actually is.

Imagine as an example a successful and famous mathemetician so focused on her work that she gets hit be a bus, a failure to allocate any attention to her surroundings, a fatal an context-inappropriate misallocation of attention. In that particular context, obviously, it would have been more important for this mathemtician to attend to her surroundings than her work. The problem is that she had developed that habitual style of focus over an entire lifetime, in which she was (presumably) rewarded time and again for concentrating on math (“productive work”) to the exlusion of other stimuli. We all have bad habits that can be activated or primed by our current context and lead us to behave in ways that are not helpful for ourselves and others.

It is no great secret that emotion can hijack our attention, a process that can lead to unhealthy rumination, self-criticism, hyper-vigilance, and fight-flight physiological responses. All of these are characterized by an unbalanced use of our attention — attending to one set of cues to the exlusion of others.

Mindfulness is not Bliss

It is ironic that our culture has responded to these unpleasant tendencies largely by emphasizing avoidance strategies (e.g., distraction, suppression, denial, “positive” thinking) to cope with reality, strategies that usually give a short-term gain for a long-term cost. One particular category of data that we seek to avoid is unpleasant emotion even though doing so might be negative for our lives (see this article on the important distinction between positive and pleasant, on the one hand, and negative and unpleasant on the other). Mindfulness often gets confused (perhaps especially in our culture) with being “positive” or focusing on the “positive”, achieving “bliss”, whereas, of course, the claim being made here is that mindfulness is about being aware of whatever data is present, including both pleasant and unpleasant emotions (see this article for more). Sometimes mindfulness is a pleasant experience, perhaps even blissful, and sometimes it is miserable.

When I give public talks, I’ll give people this pop quiz: If your hand is on a hot stove, do you (a) disconnect the pain nerves in your hand, or (b) take your hand off the stove? Obviously, we use the pain of our burning hand as information that damage is occurring and remove our hand. Unfortunately, when confonted by unpleasant emotion, we are often trained that the emotion is a problem rather than data about reality that we need to deal with. Furthermore, when we stop avoiding reality, we may find ourselves hit with a bunch of unpleasant emotion because of all the ignored stuff that finally comes into awareness. That means that sometimes things will feel worse before they get better.

Mindfulness emphasizes intimacy with reality rather than avoidance, whether that reality comes in the form of pleasant or unpleasant emotion. In practice, mindfulness means training ourselves to focus on all of the data available in a given moment, including body sensations, emotions, and thoughts. Synonymously, you could say that mindfulness means honoring (with your time and attention) all of who you are in a given moment. I would call this wisdom. And, that definition means two things: (1) We all have the capacity to be wise, and (2) just because we can be wise does not mean we will achieve the outcomes we want — to make mistakes is an inevitable part of being human.

It may be important to emphasize the role of being slow, rather than fast. The only way to be fast is if we respond automatically with the most activated network (aka, the strongest habit). If we want to deal with reality in a given moment that requires slowing down to do so. Spiritual leaders from varied disciplines and geographies talk about this theme. Thomas Merton, Catholic (Trappist) Monk from New York, has suggested that busyness is a form of violence. Thich Nhat Hanh, a Vietnamese Buddhist, says, “Stopping, calming, and resting are preconditions for healing.” Satish Kumar, an Indian leader with a Jainist background, claims that “Spirituality and speed do not go together.” It is important to realize that we’re speaking here not only of taking time in a given moment to be aware of reality but also of taking the time necessary to learn a new habit as well as.

How do you train yourself to focus on all of the data available? There are probably dozens of ways, but one way is the practice of returning your attention to a neutral (and boring) stimulus like the breath even when it is hijacked by more interesting stimuli. That way, even when interesting stimuli occur in your life, like someone flipping you off or complaining about you or causing some unpleasant emotion, you can pause, notice that stimulus, return your attention to your breath (thus preventing a hyper-focus on those stimuli), and notice all the other data your brain views as relevant before acting.

In our avoidance culture, we train people to punish themselves when something occurs that makes them feel unpleasant emotion. For many people, self-criticism is a fairly compelling habit, one that will attract and hold attention, especially if we are in fight-flight mode. It is also a habit associated with depression (see, for example, Abramson’s work on the role of stable, global, internal attributions on depression, e.g., Abramson et al, 2002; Alloy, et al., 2006). Let’s also notice, though, that self-criticism is always inaccurate and counterproductive. If your hand is on a hot stove and you are spending your limited capacity calling yourself an idiot, that is not helpful for learning what to do differently next time (“be more careful in the kitchen”); furthermore, it is not likely that your mistake is due to poor intelligence.

From a mindfulness perspective, our task is simply to notice the causes of what happened and train ourselves — one moment at a time — to do something different next time. This involves attending to all of who we are in a given moment — as represented by all of the the data represented in our brains and bodies — a form of compassion that has simple pragmatism as its foundation.