My son and I participated in just over 2 days of a 3-day Open Source Ecology workshop (overview) held at the Factor e-Farm in Missouri. During the workshop, a small team of amateurs built a Compressed Earth Block (CEB) press and power cube (the open source designs of the brick press are here and can be viewed in Free Cad). These machines are part of Open Source Ecology’s Global Village Construction Set, a collection of 50 open-source machines needed for small scale civilization. The project, conjured and guided by Marcin Jakubowski, is brilliant, socially just, ambitious, and empowering. 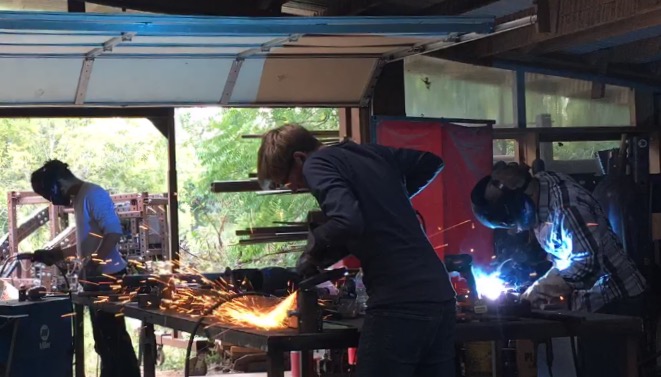 Participating in this workshop was a dream of mine. In writing this and thinking about my Uncle, I realize that one of the reasons for the dream was a desire to connect in some way with my late Grandfather and Father, both of whom — like my Uncle — had mechanics in their genes. My 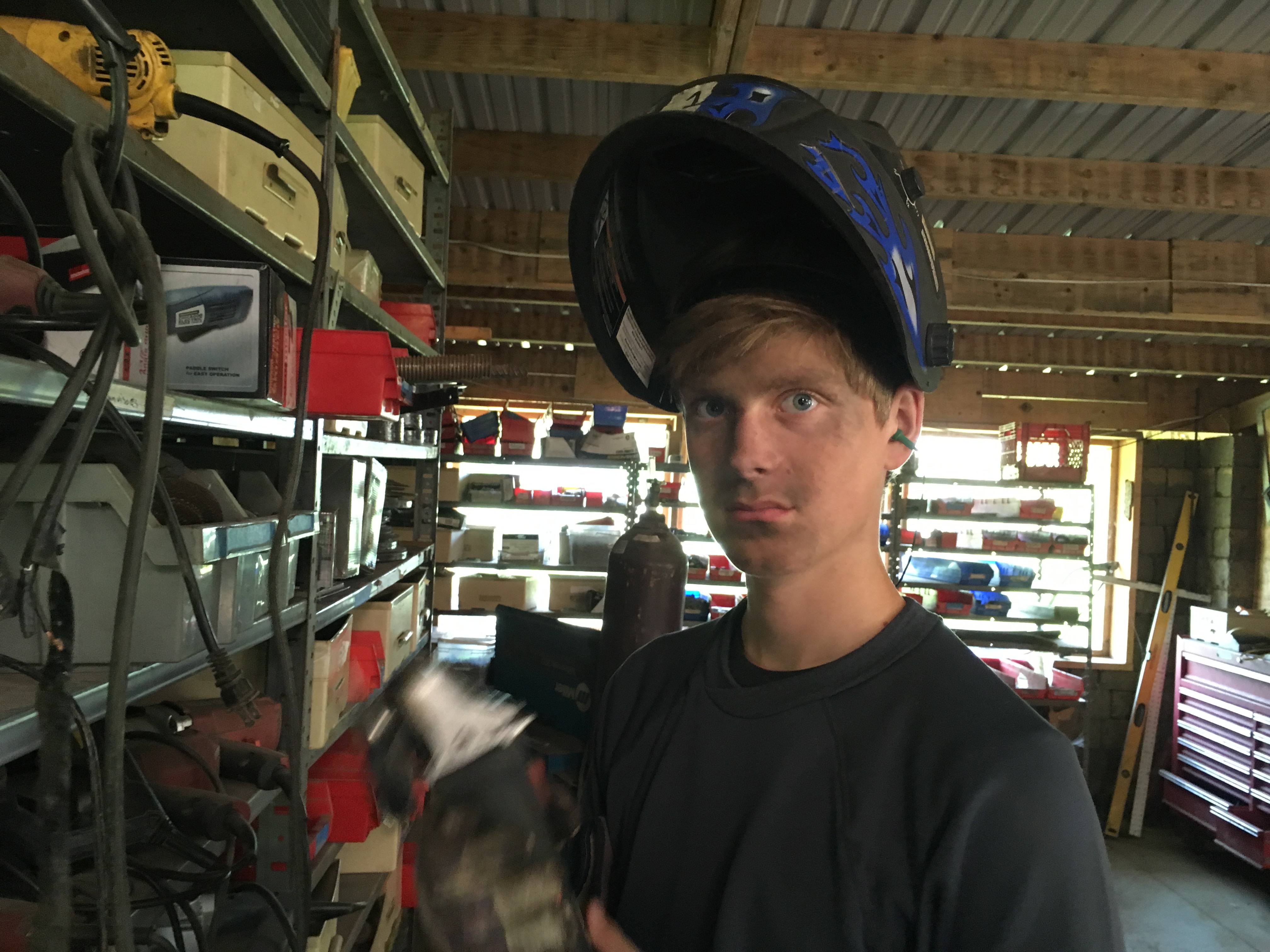 Grandfather was an inventor with a real knack for designing parts. My Uncle invented an aircraft engine. My Dad was a grease-monkey turned businessman whose skills I regret not learning. For some reason, welding in particular became a symbol of the kind of skill my Dad possessed that I would have liked to learn from him and share with him. So, the fact that my son came with me on this journey, and we both learned to weld, made this a four generation connection. I feel honored to be part of that chain and grateful that the workshop helped me be aware of that fact. 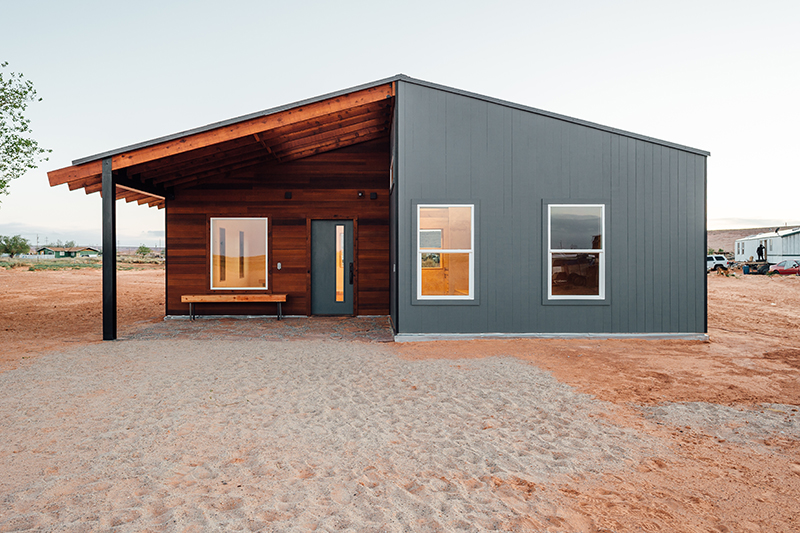 This particular workshop was set up, in part, to build the CBE and power cube for three students from the University of Utah who had won a grant to supply the machines to the Design Build Bluff Campus where they will be used to benefit students and projects for the Navajo nation. In the past, these projects have included beautiful single-family homes (one example is pictured to the left). 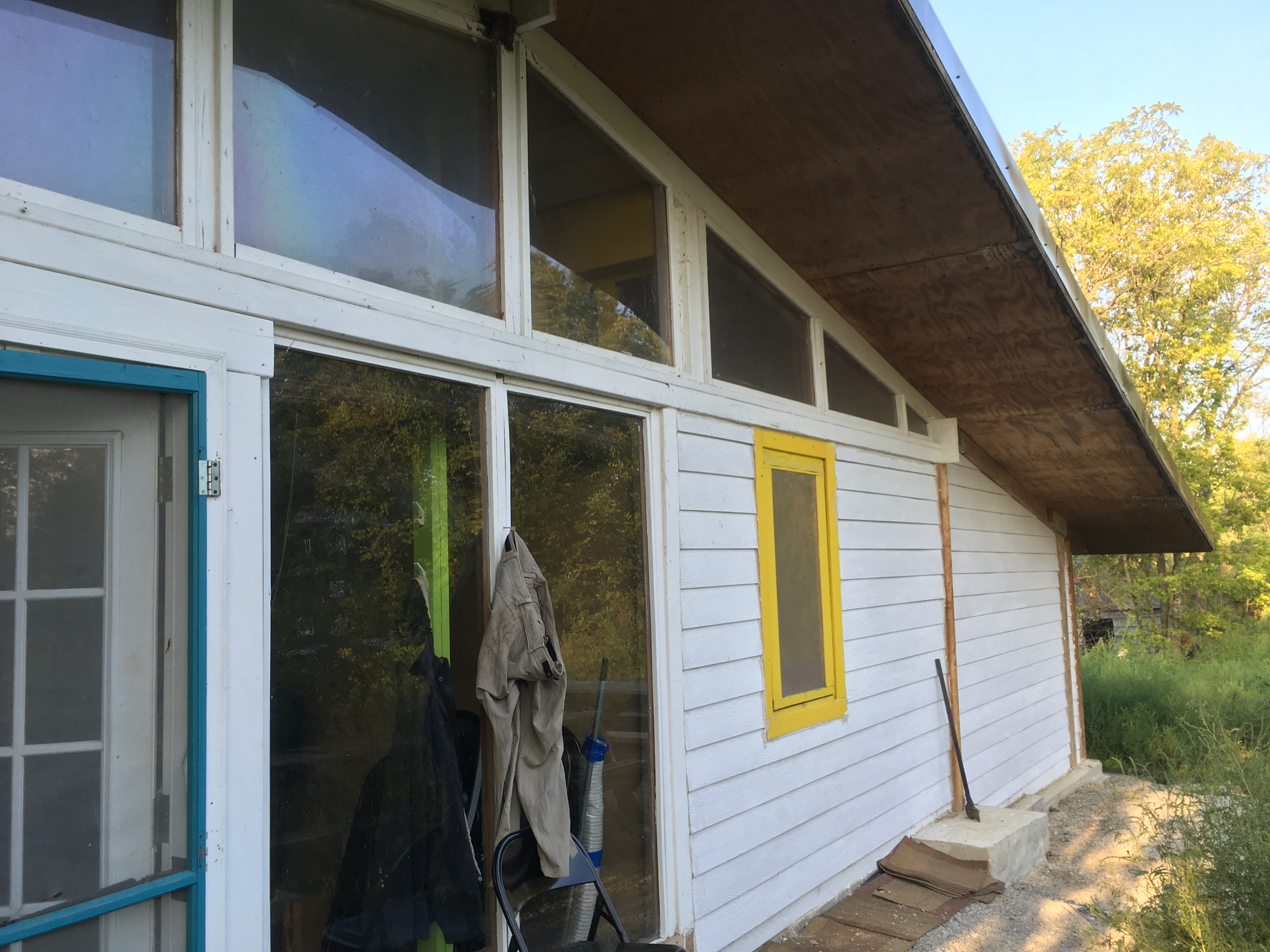 The workshop mainly occurred in the habitation lab (“The Hab”, a kind of dorm and meeting area) and the workshop itself. When we arrived there was one other participant present, parked next to an otherwise silent workshop. No sign of Marcin or anyone else and no…well, sign, telling us we were in the right place. We walked around a bit until we ran into Marcin

The tractor that started it all?

coming down from his house on his bicycle. As we walked to The Hab, we passed what I think might be the tractor that started this whole Open Source Ecology thing because it broke down and cost a fortune (that farmers often don’t have and go into debt) to fix. 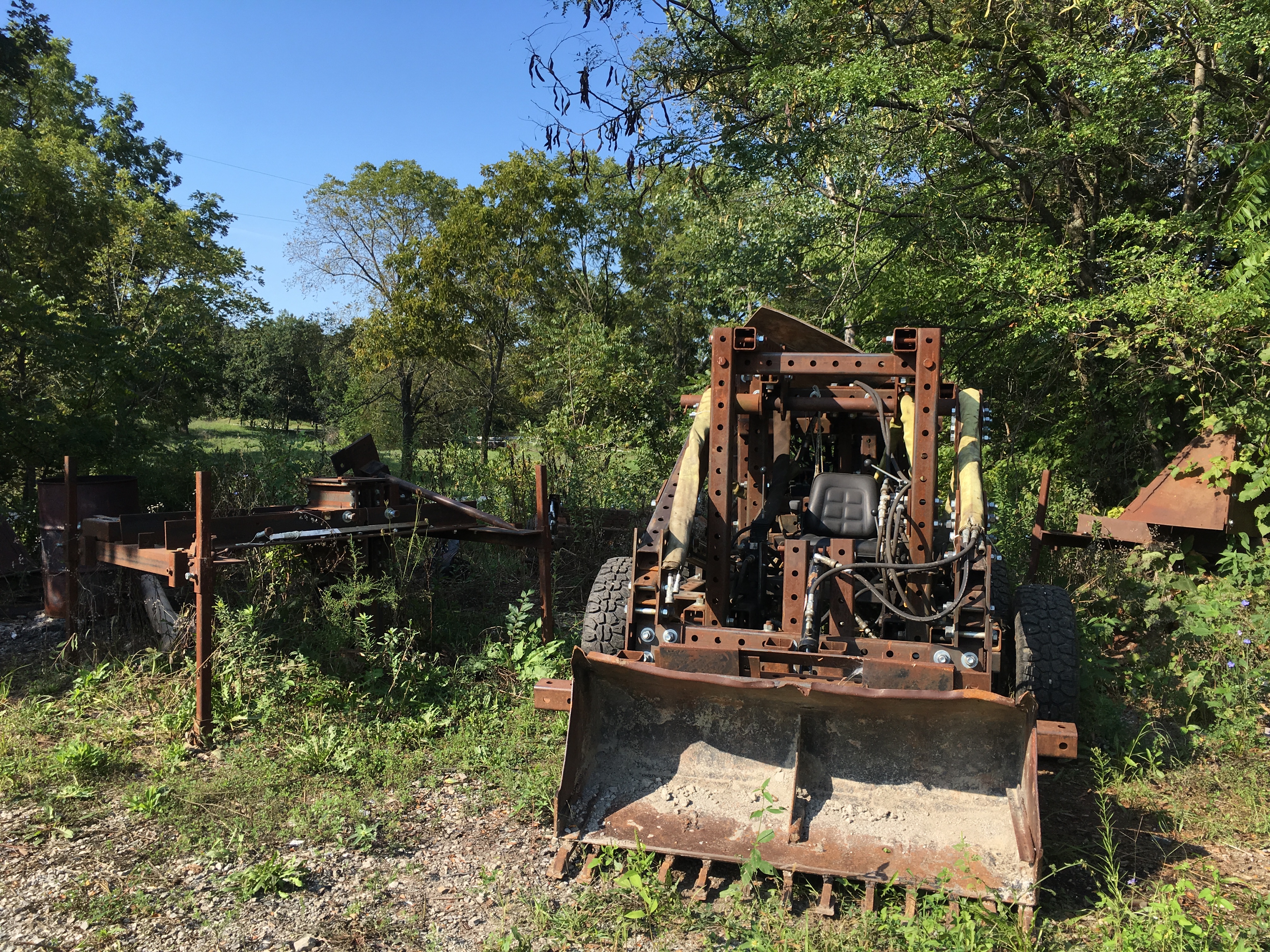 We then started the workshop by greeting others who had spent the night at the hab lab, making introductions, and discusssing OSE.

When we got to the workshop, Marcin handed out instructions for the component of the CBE we were to work on. An impromptu welding tutorial formed based on one of the attendees’ limited experience.

On the one hand, it was exciting to be part of this place and this work. We learned cool skills like welding and grinding. On the other hand, it was disheartening that instead of hyper-efficient swarm manufacturing, we found ourselves designing a power cube from scratch without knowing much about what we were doing and much wasted time spent looking for tools, returning them because they 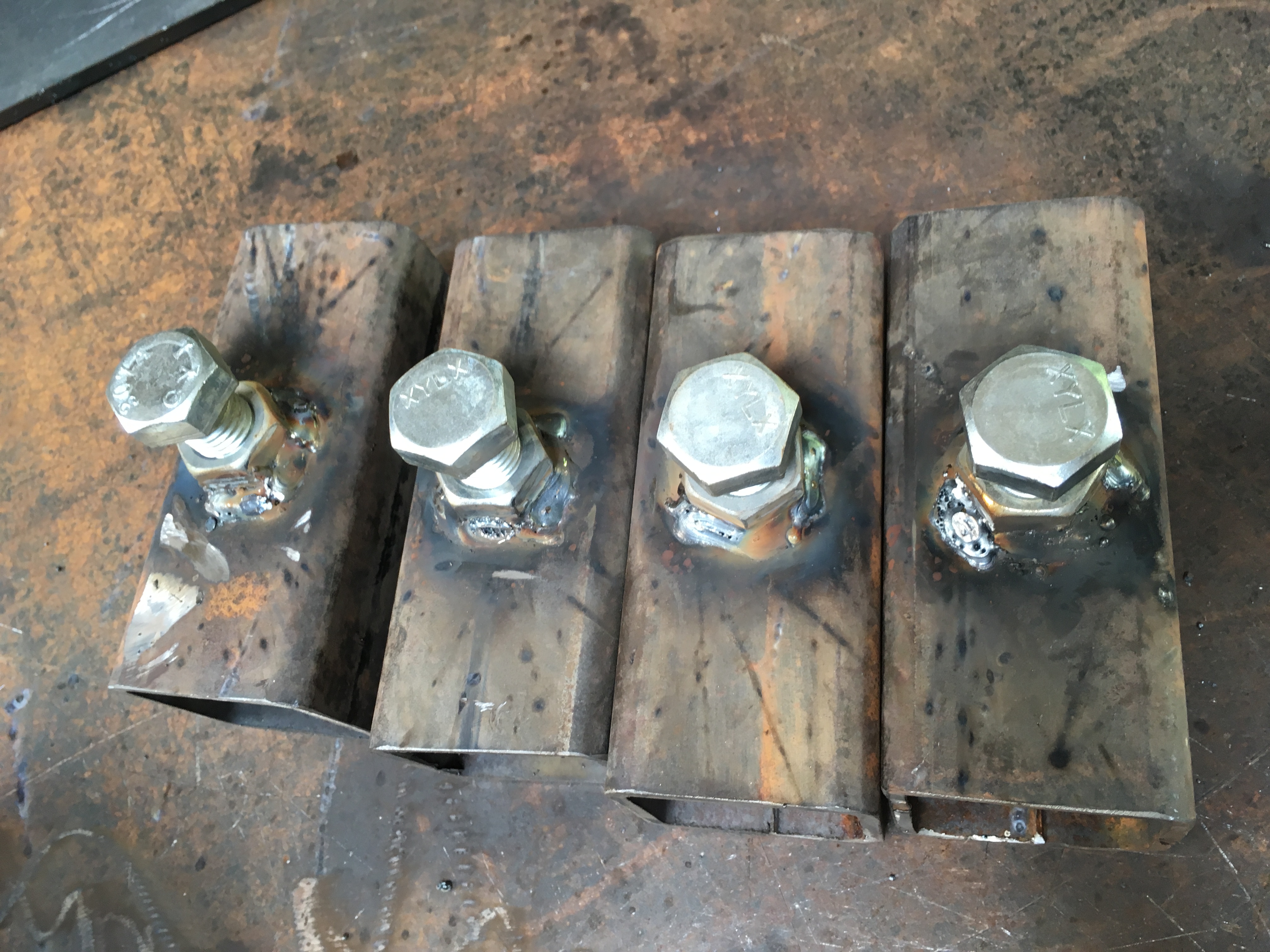 These took a 1/2 day to build as a result of directions not being correct, my own learning, and having a hard time finding various tools

were broken or discovering that different tools were actually needed because the printed instructions were based on a previous version of the machine or were based on the previous lack of tools that were now present (e.g., standard vs. mag drills). There was dirt and grime and minor burns and sweat, feet that have never hurt to badly at the end of the day, and ups and downs of motivation and discouragement. In the end, instead of building the CBE in one day and the power module the next day, our delays meant the CBE was finished on day 3 and the power cube had to be finished after the workshop and shipped. 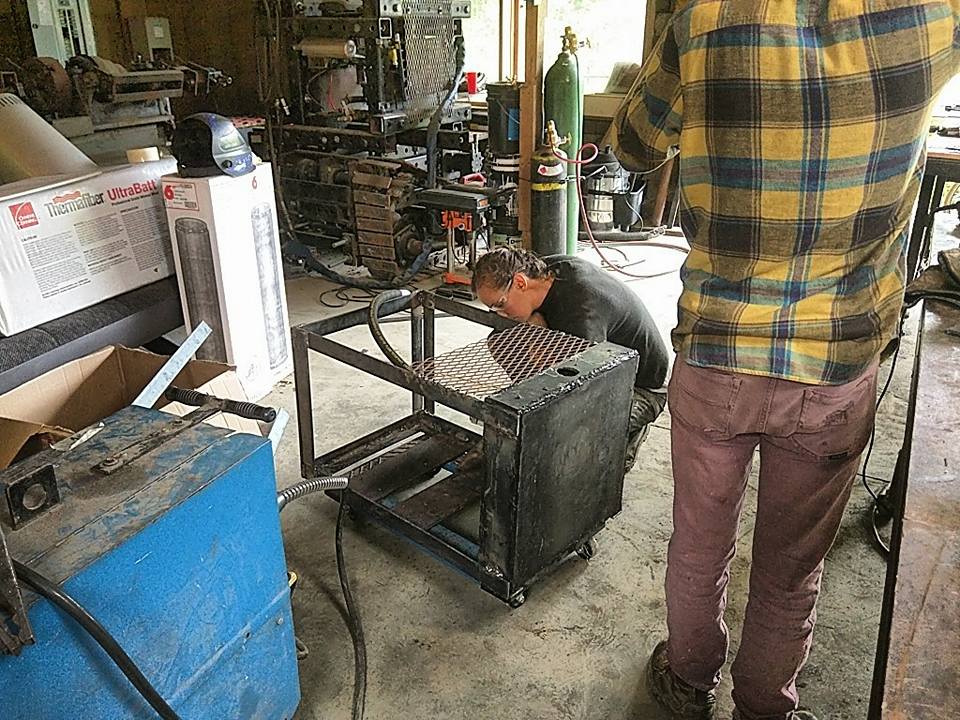 Though a bit demoralizing, the whole project nevertheless felt a little epic at the same time. For example, as I write this I feel compelled to note how cool it was to rise to the occasion to design the power cube frame and remember with a smile my son’s leadership in doing so. 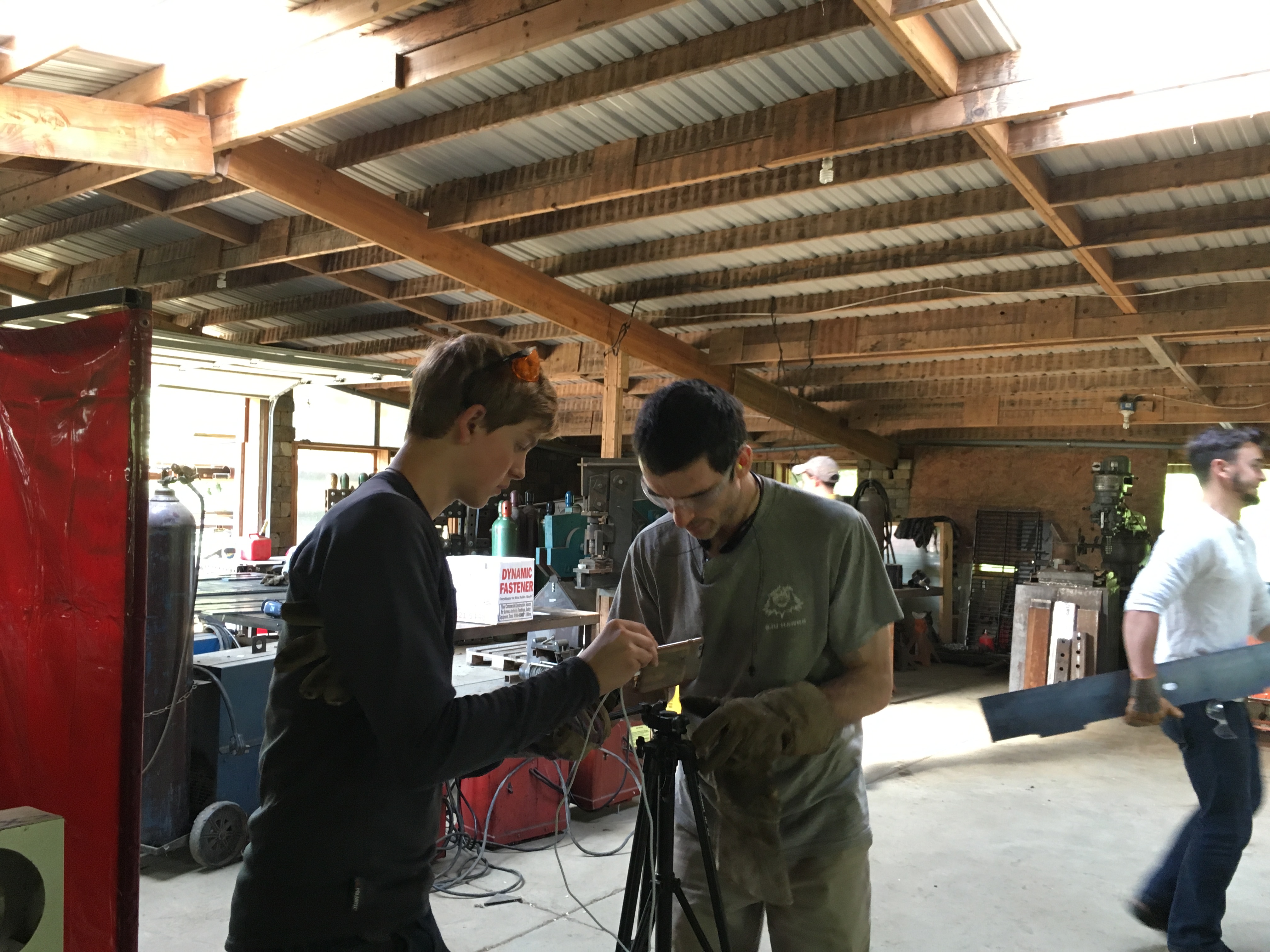 Marcin did spend time with us and is, in fact, vital to keeping everything on track. We did get some sense of who he is and how he thinks. Over the days we were there at the farm walking to and from the workshop, we passed a museum of past builds, all of them still useful, and some structures in varying stages of decay, each a testimony to the courage and dedication required to prototype, experiment, and discover, inspiring and cautioning simultaneously. The difference between prototyping machines versus producing beta version machines versus producing final-ish machines began to become more clear through the workshop. How can one constantly prototype new machines with unskilled people while producing a product to deliver, all while working toward the vision of lego-like production-level modular construction and paying for said prototyping through income-producing workshops? It’s a daunting prospect and one that currently falls short…like reality inevitably will. 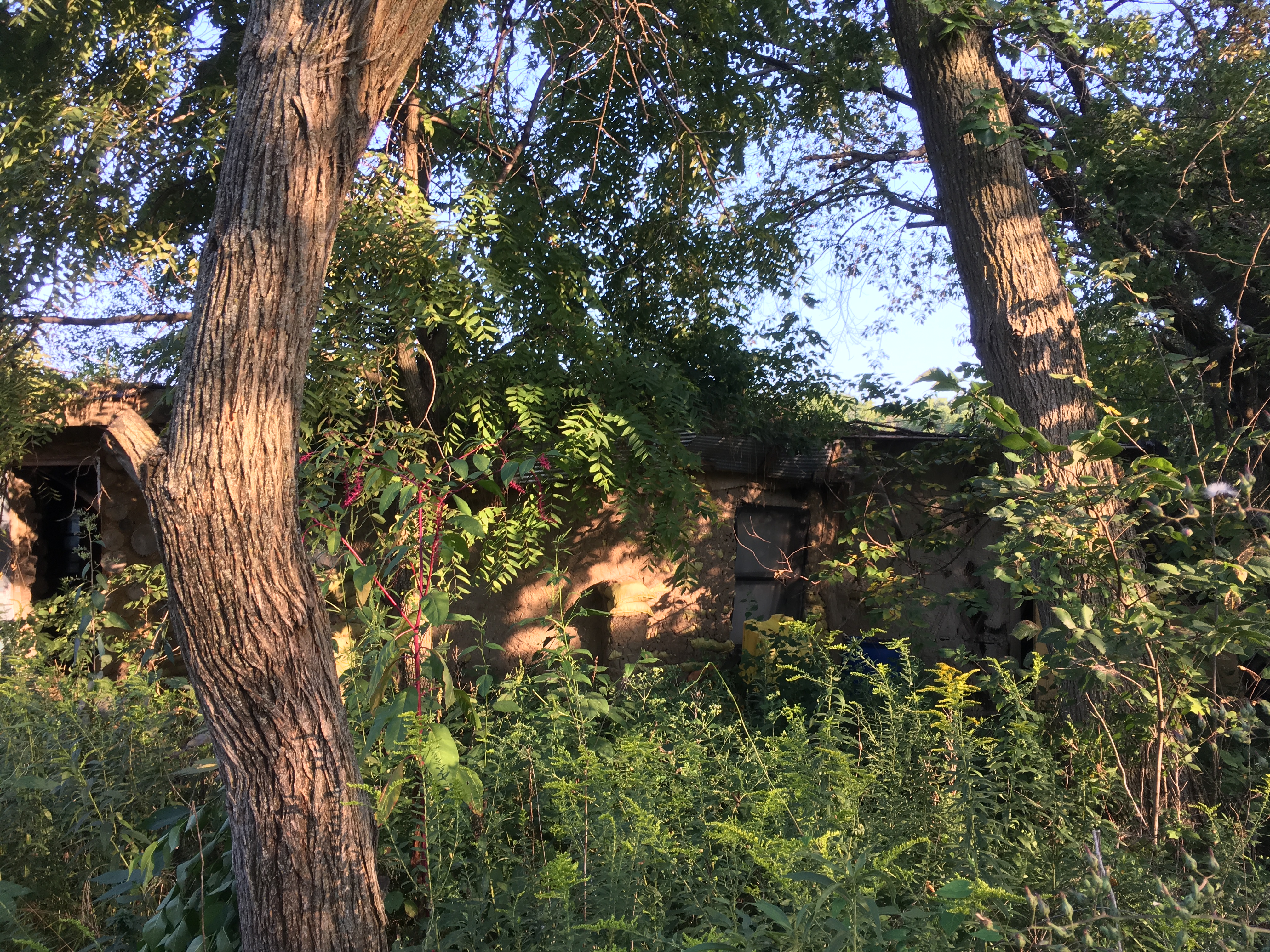 For example, there are still small things that could combine to make a big difference: A welcome sign with some juice and buns would have been a nice start, followed by a tour of the farm, CAD designs that were accurate and then documentation that accurately reflects all of the above. We were building version 17 (or thereabouts) of the CBE and there were huge swaths of time spent on carving metal to make room for a piston that didn’t quite fit and it was not uncommon to spend 15 minutes grinding down washers because the clearance necessary for them wasn’t accounted for. There were some changes from version 16 but I think the prototyping is outstripping the documentation and 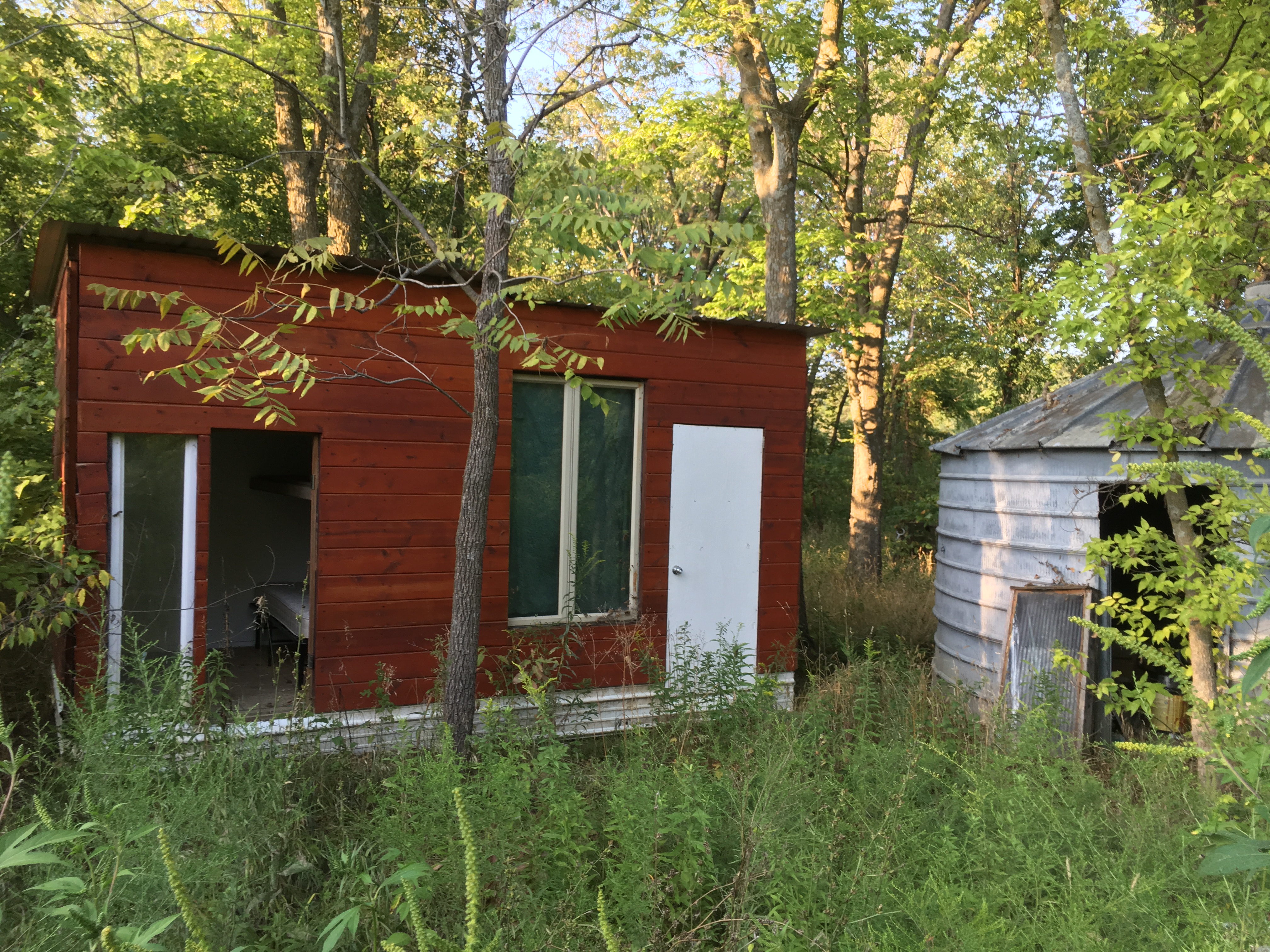 that the detail on the CAD drawings does not go to the level of the washer. All of this would be fine with some degree of expectation management, e.g., we’re going to build one machine over the course of 2 days and really learn what we’re doing, develop good shop culture, 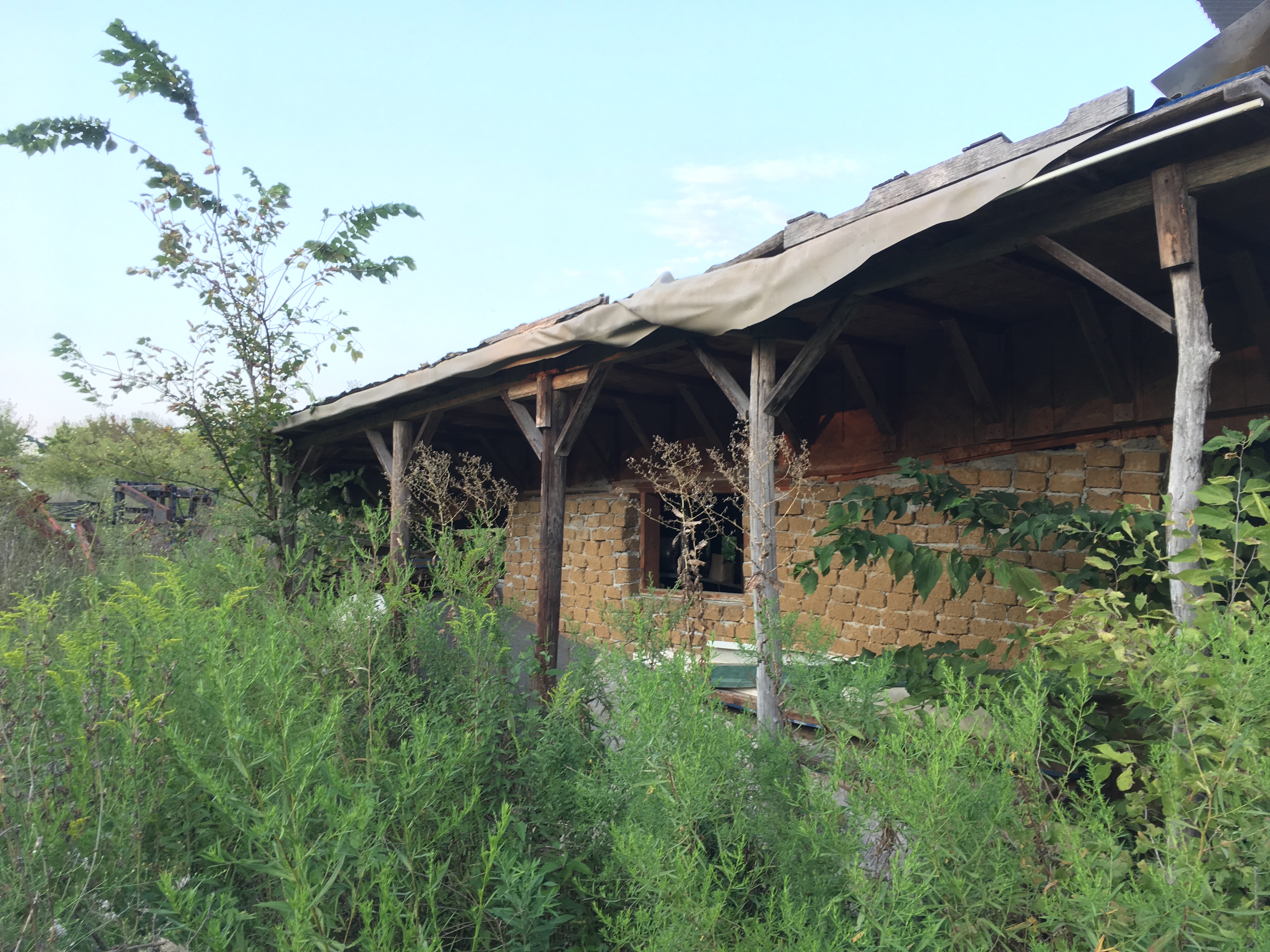 maybe even correct documentation as we go. I don’t know that we need to be in such a hurry and, in any case, we did not meet our time goals. The CBE was completed in three days and the power cube was not finished (see above picture), partly because the engine was not set up with an alternator to charge the battery, a problem that might have been anticipated with a more realistic pre-planning process and/or a more realistic way of deciding to do less prototyping, in this case by using an engine that had been used before.

Clearly, Open Source Ecology is a massive project with multiple challenges. Although there were issues during our workshop, I left with admiration for the perseveration and accomplishments, not just for our group, but all the other people dedicating their time, sweat, and energy to this worthwhile project. And, I’m left with the sense that these people are also my people, all of us continuing in a tradition that in some way honors the work of my Dad, his brother, their Dad, and, perhaps, my own son. In some small way, perhaps this work contributes to thriving on our planet at the same time.