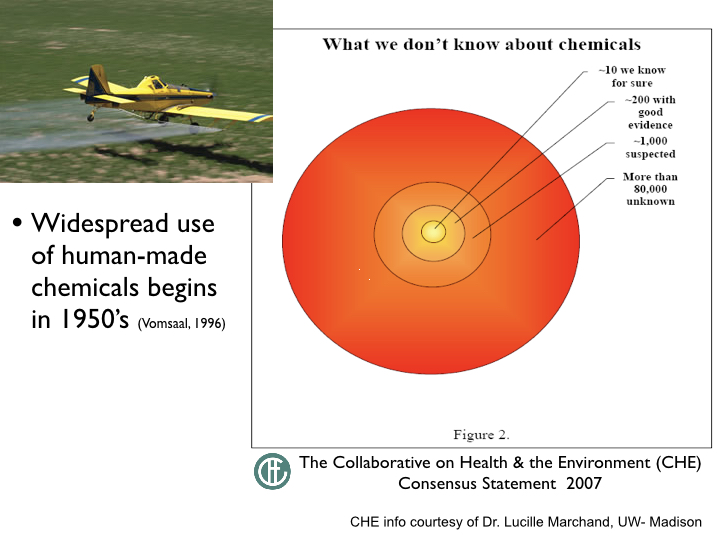 The market for chemicals designed for World War II fell flat at the war’s end. What to do with the infrastructure and knowledge used to create these chemicals? Find a new market. Enter the chemical revolution in agriculture and other areas as well.

But, without a precautionary principle (test for safety first and 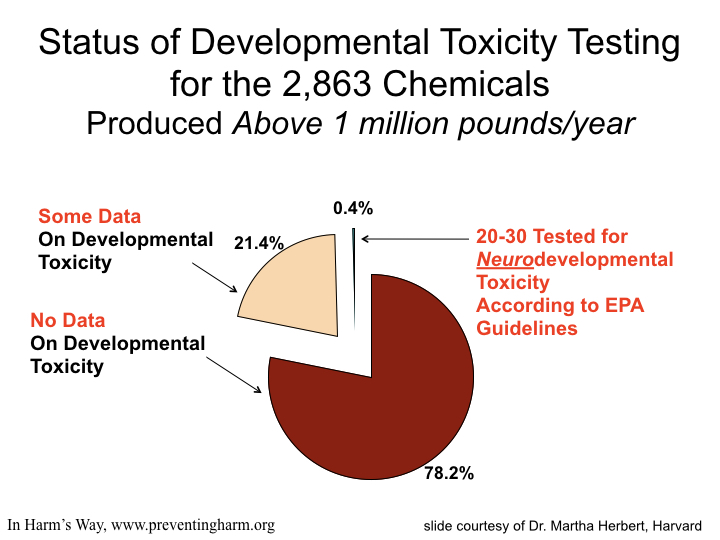 then mass produce and distribute only products proven to be safe), these chemicals are released and we humans become the experimental guinea pigs, sometimes with terrible results. Even today we know very little about the health effects of over 85,000 human-made chemicals that are distributed throughout our ecosystems.

But we do know some things, and what we know, is not good. 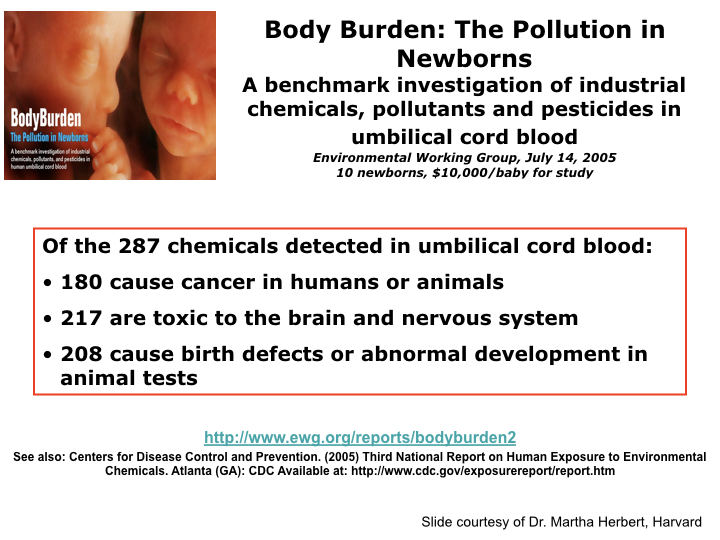 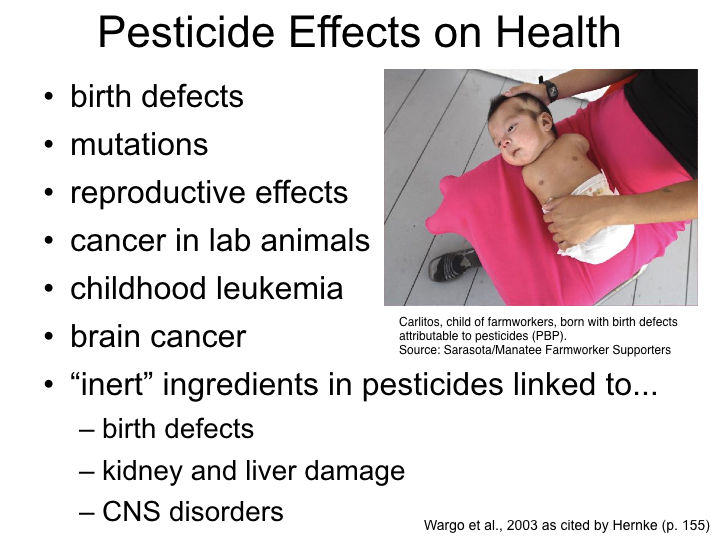 It’s interesting to note in passing that companies like Monsanto produce genetically modified seed under the pretense of increasing yields and decreasing the need for insecticides and herbicides. However, a recent study conducted by the New York Times (10/30/2016) compares yields and poison use in Europe (where genetically modified seeds are not used) to the United States (where they are prevalent). They found that yields are similar but that European farming has decreased their use of insecticides by 65% (compared to about 33% in the U.S.) and herbicides by 36% (compared to an increase of 21% in the U.S.). On top of that, Monsanto has claimed that their GMO corn is “substantially equivalent” to non-GMO corn, a claim that has been proven false (see article). Furthermore, the same study indicates the GMO corn contains substances that are potentially dangerous for human health. 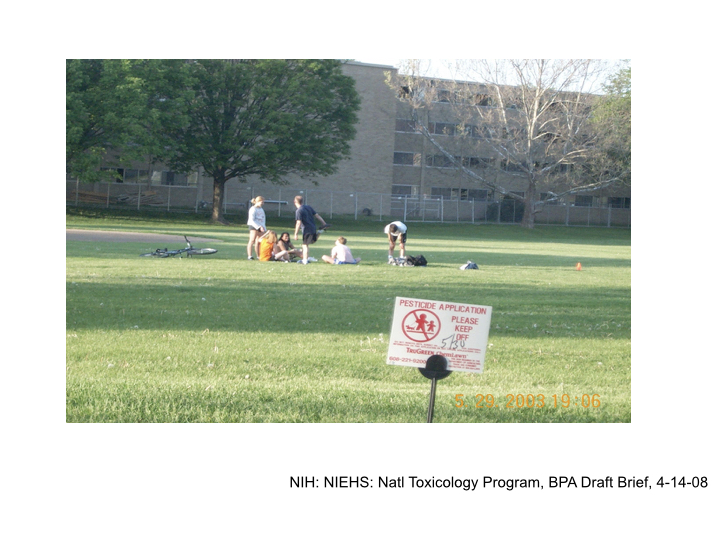 How pervasive are pesticides and herbicides in our environments? 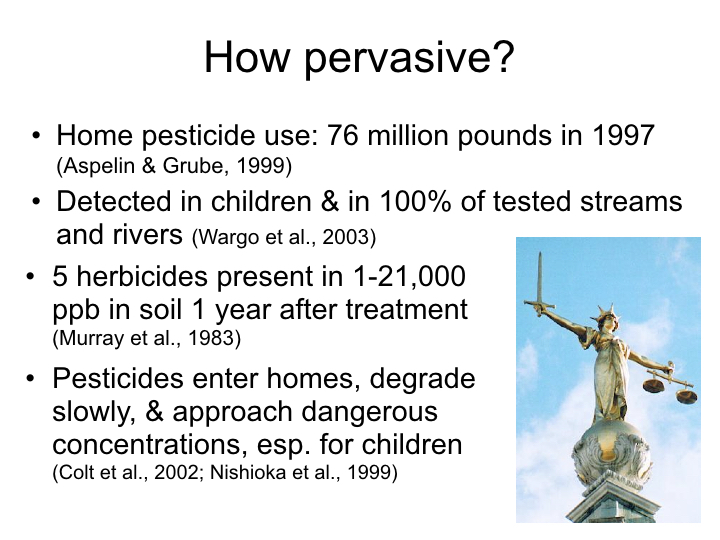 This following illustration requires just a bit of explanation. Warren Porter tested rats and found increases in aggression, thyroid, and immune problems only when an insecticide, an herbicide, and fertilizer were combined. It was their interaction that caused these problems. This is an important finding because most safety research done on new chemicals is only conducted on one chemical at a time. When those chemicals are tested together — they are often used together in the real world — problems can manifest. 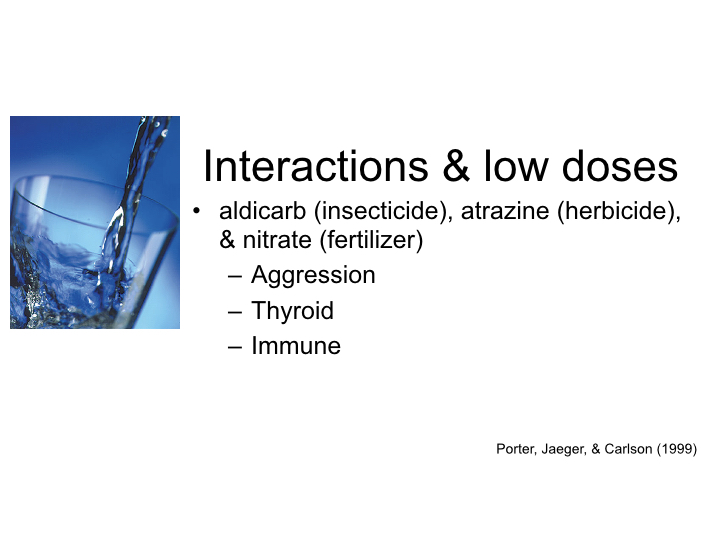