Note: I am working on this post off-and-on right now so it is not yet complete.

A History of the World in 100 Objects is a podcast series from BBC Radio narrated by Neil MacGregor. To hear this excellent series, read their notes, and see their images, go here. It reviews a history of the world centered around 100 objects in the British Museum from different time periods, ranging from 2 Million years ago to present day. Episodes were recorded and published from January 17, 2010 through October 22, 2010. All pictures are from the BBC program website. The series is split into 20 sub-series of 5 episodes each. For example, the first 5 episodes form the sub-series, “Making Us Human (2,000,000 – 9000 BC)” and the next 5 forming the sub-series, “After the Ice Age: Food and Sex (9000 – 3500 BC)“. The series notes are fantastic. The only reason I’m writing notes here is that they are mine and are as short or long as I want them for my own specific interests in these topics. 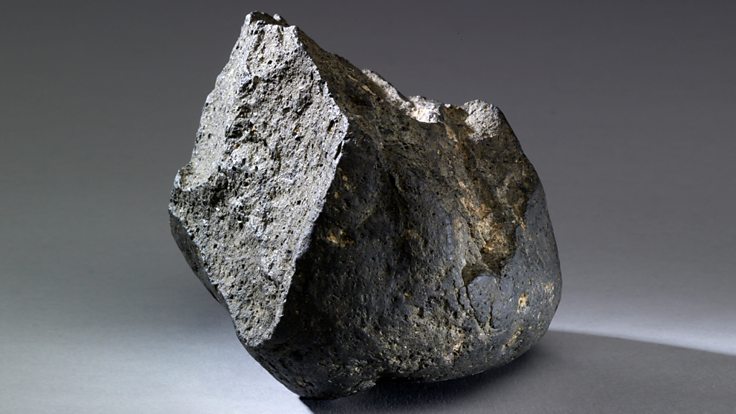 Start of the world was Sunday, October 23, 4004 BC according to most people in 1759 when Archbishop James Ussher calculated this beginning of the world based on the Bible.

In 1931, the oldest intentionally-made tool was discovered in Olduvai Gorge, Tanzania, East Africa. It is 1.8 million years old.

Tools allowed early humans to scavenge the marrow and remaining meat from animals killed by lions or other predators had left their prey. The marrow is very nutritional and supported bigger brains. The brain is 2% of the human body’s weight but requires 20% of the energy

Unlike other animals, we make tools before we need them and keep them. So, 1.8 million years is the beginning of a big difference that separated us from other animals. And, we all share an African heritage. 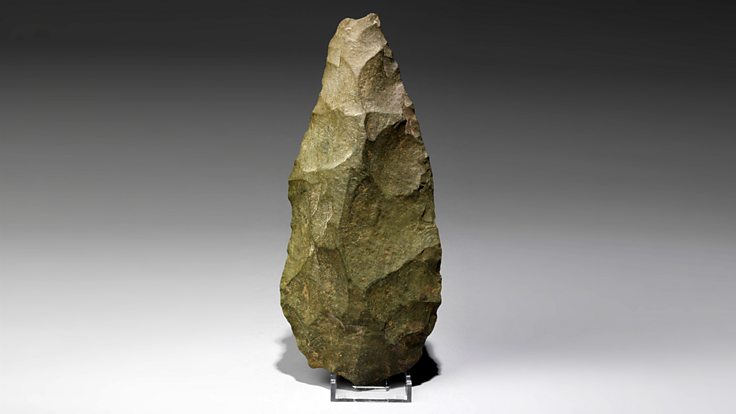 Arguably the most successful human technology ever created. It is the Swiss Army knife of the stone age, used for cutting trees, butchering animals, and drilling holes.

The axe is 1.2-1.4 million years old. The person who made this would be recognizable as someone like us. This particular version may have been decorative and a status symbol.

Did making tools like this help us learn to speak? The areas of the modern brain activated when making a handaxe overlap with those for making language. If you can make a good handaxe, you may be on your way to something we might recognize as society.

Perhaps with all of the skills and the handaxe itself, humans could move on to other regions — they are together a passport to other parts of the world. Handaxes from Africa have been found throughout Europe. 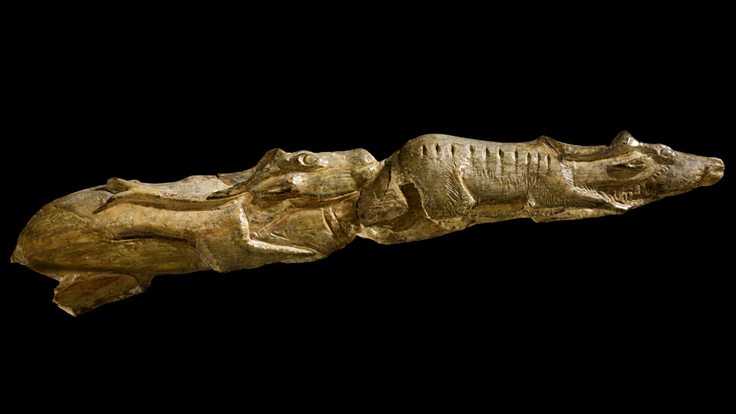 100,000 – 50,000 years ago, the human brain changed, allowing the exploration of human’s place in the world through artistic expression.

The 13,000 year old elephant tusk carved with the image of a swimming reindeer is an example of this shift. Found in France from the end of the last ice age.

During this time period, Europe looked like Siberia with cold, treeless plains, and herds of reindeer.

There were different styles of art, using a variety of techniques, including abstract and realistic. People trying to immerse themselves fully into the world at large — the start of religion? The use of imagination is associated with modern humans. 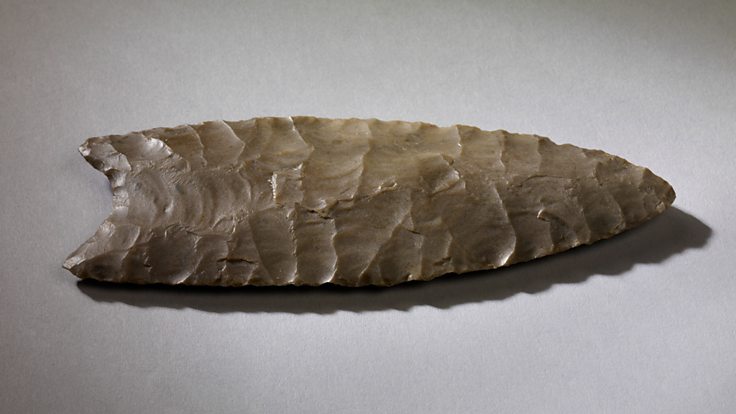 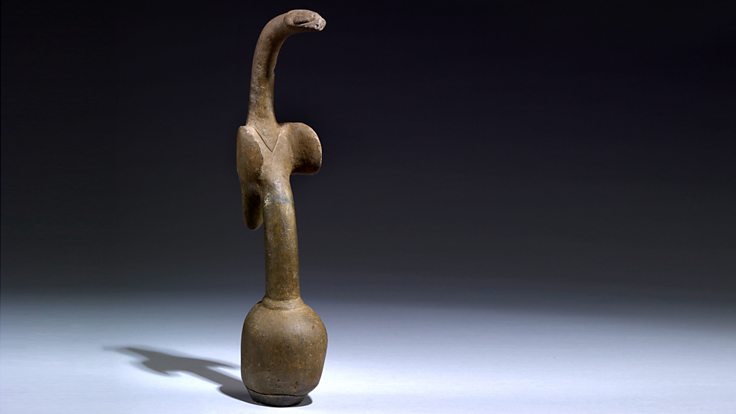 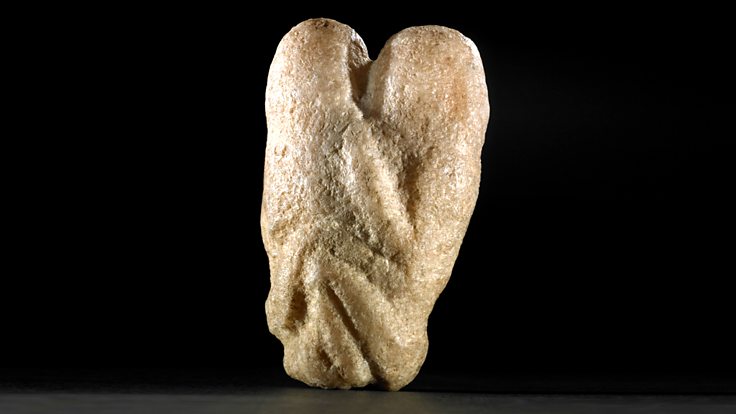 Social mind of hunter-gatherers, living in groups of 150-200 people.